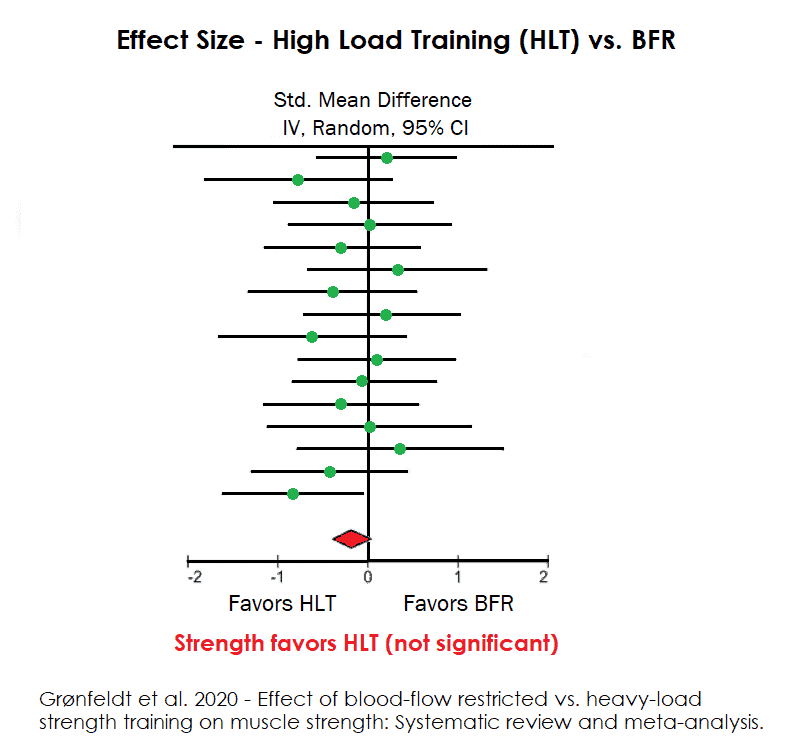 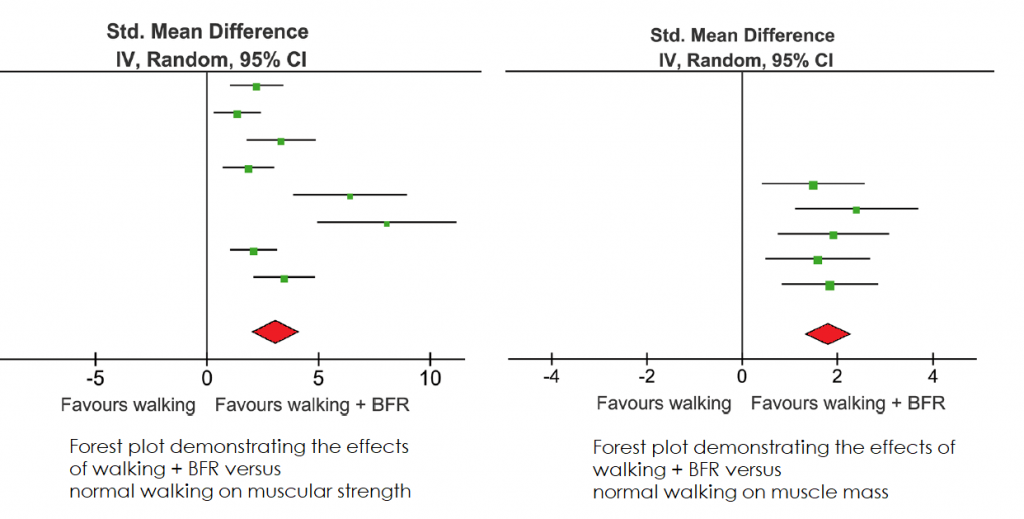 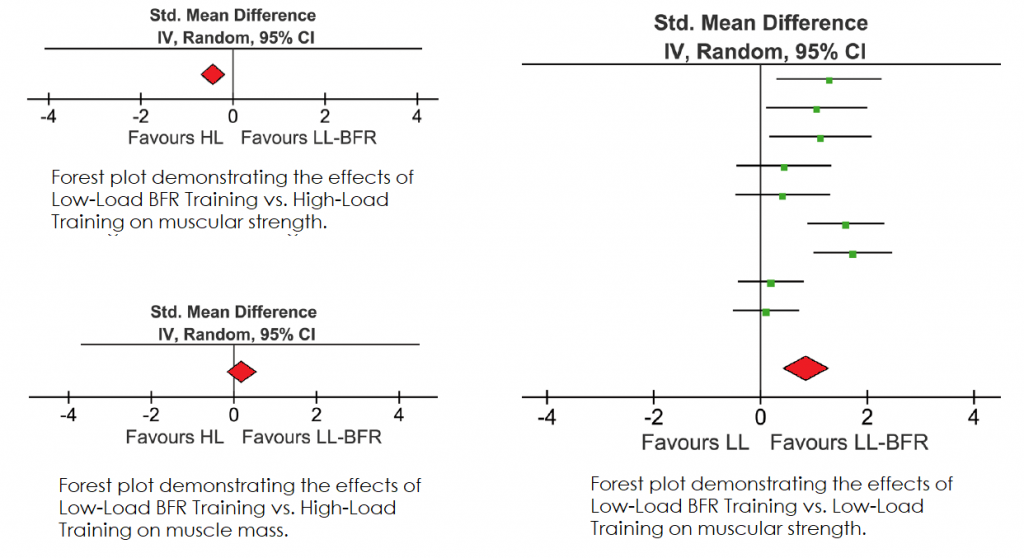 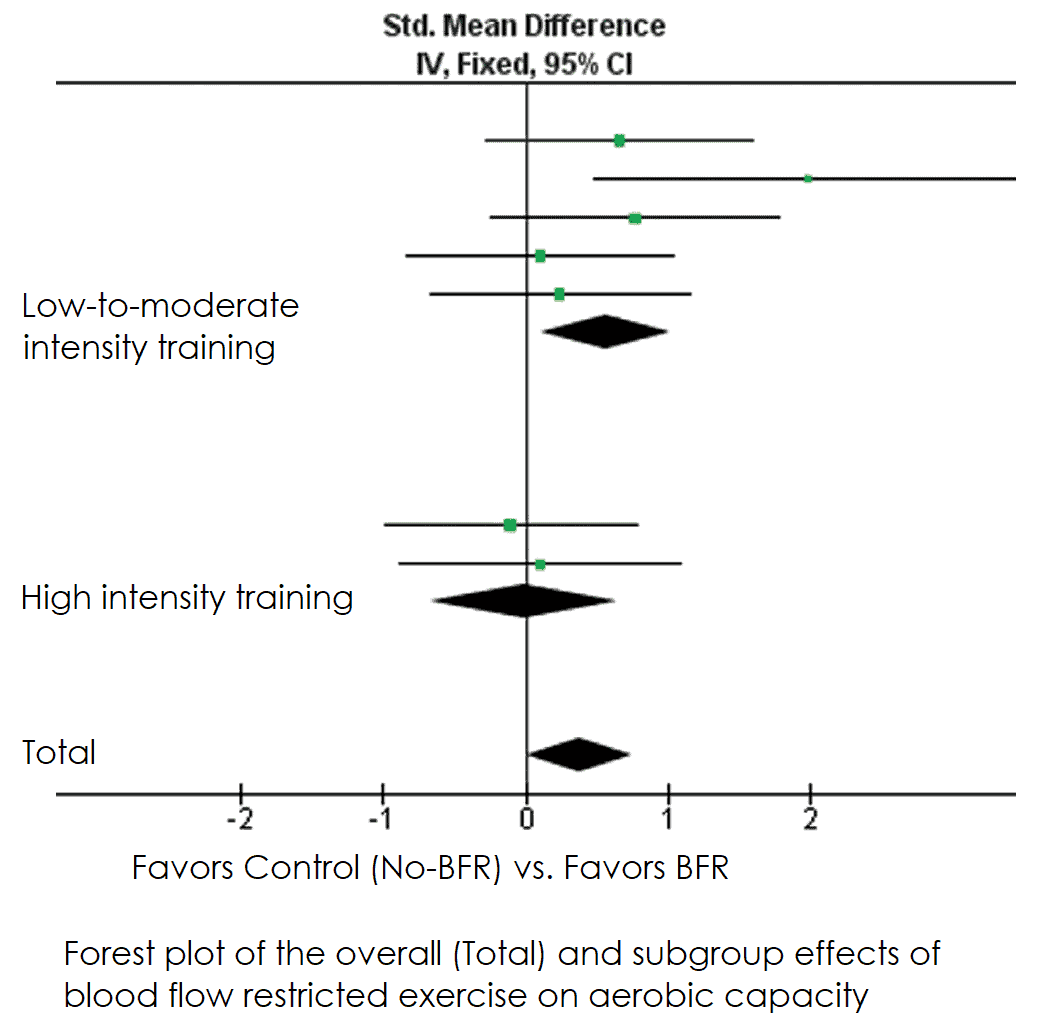 Formiga et al. (2020) Effect of aerobic exercise training with and without blood flow restriction on erobic capacity in healthy young adults: a systematic review with meta-analysis

There are many ways to compare the effect of occlusion training (BFR) vs. conventional resistance training (CRT) and this results in varying conclusions of wherever BFR is more or less effective.

Comparison with weight or load restrictions (injury or impaired): 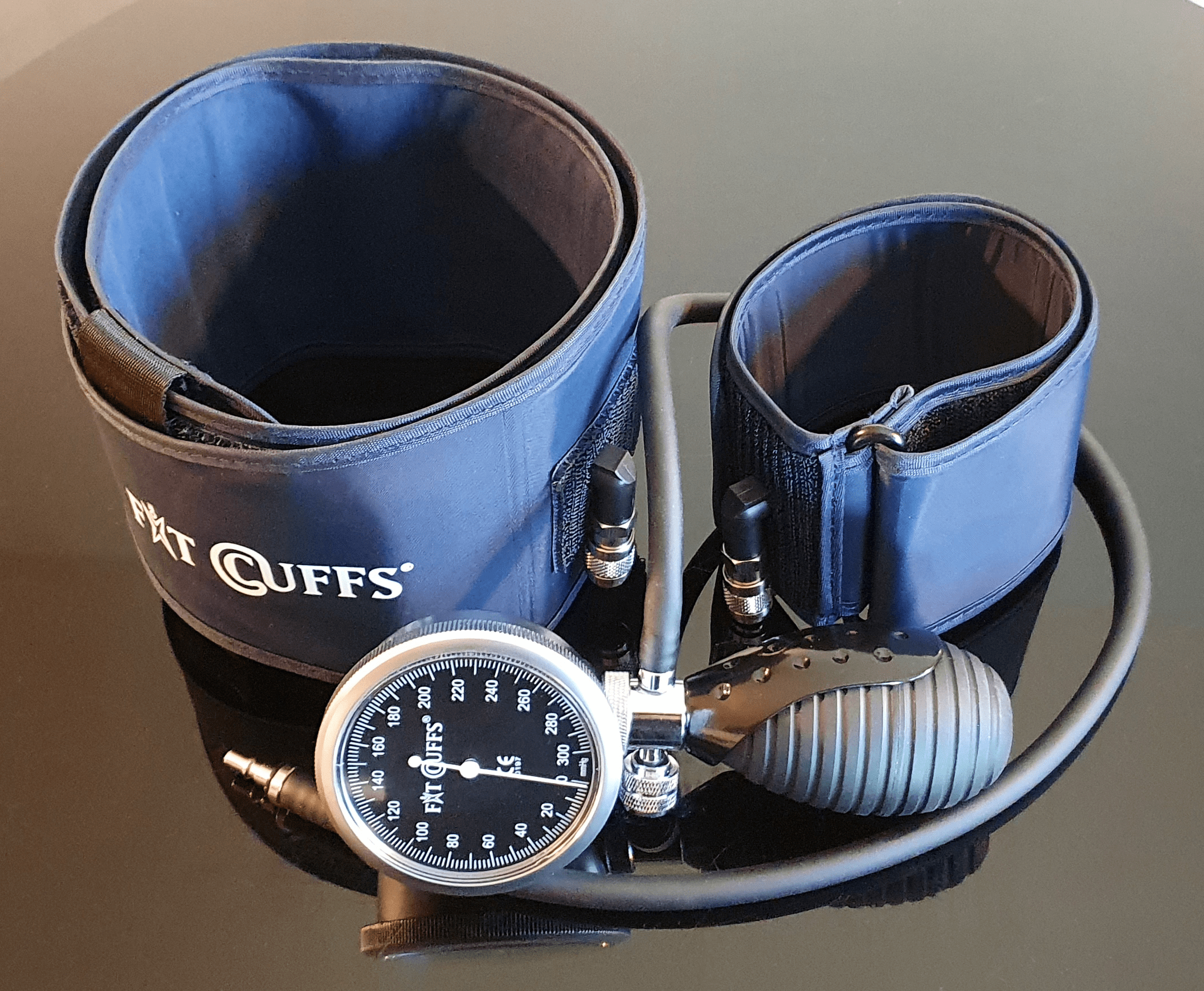 The concept is known under several different terms but originates from 1970s Japan, where it is called Kaatsu training. It is primarily an alternative or supplement to conventional resistance training and musculoskeletal rehabilitation.

Traditionally the recommendation for resistance training is to use a load that is at least 60%, of what you can lift once (60% of 1RM). However, various research articles shows that low load exercise augmented by BFR is just as beneficial as conventional resistance training! 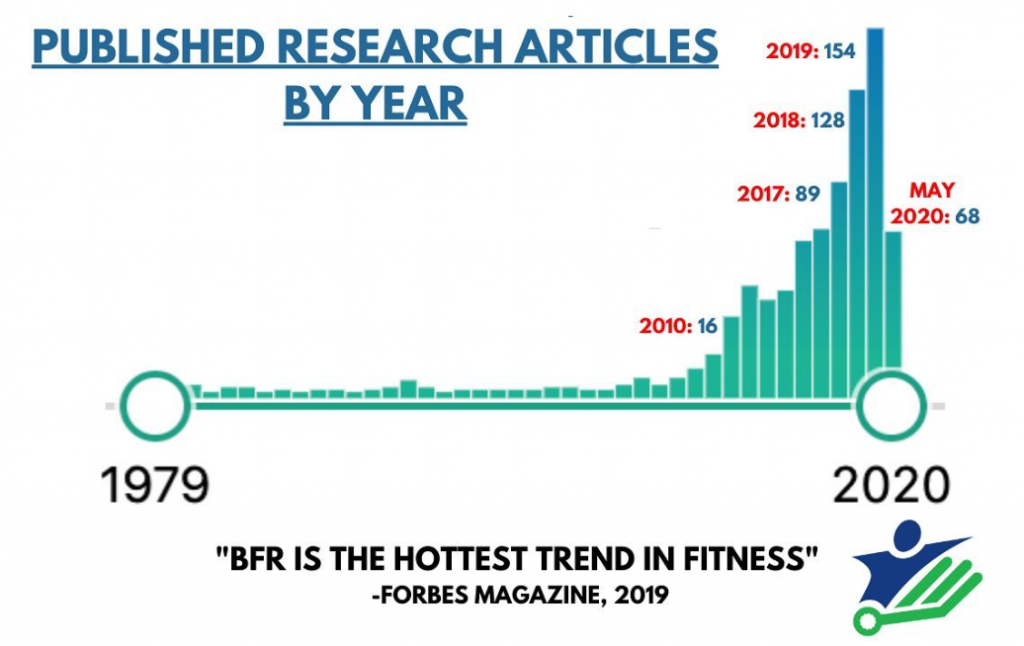 In BFR training, the venous out-flow of blood is restricted, thus allowing for arterial in-flow in such a way that blood supply is only partly restricted to the working muscles. This enables low-load exercise to stimulate the muscles to become stronger, larger and more persistent, comparable to conventional strength training.

By using partial occlusion, muscles undergo rapid fatigue even at relative light intensities regardless of exercise type. When the blood flow is partially restricted, metabolites accumulates and the metabolic requirements increases which causes a cascade of physiological processes. In practice, you will experience it as rapid fatigue of the working muscles, an intense pumping sensation. 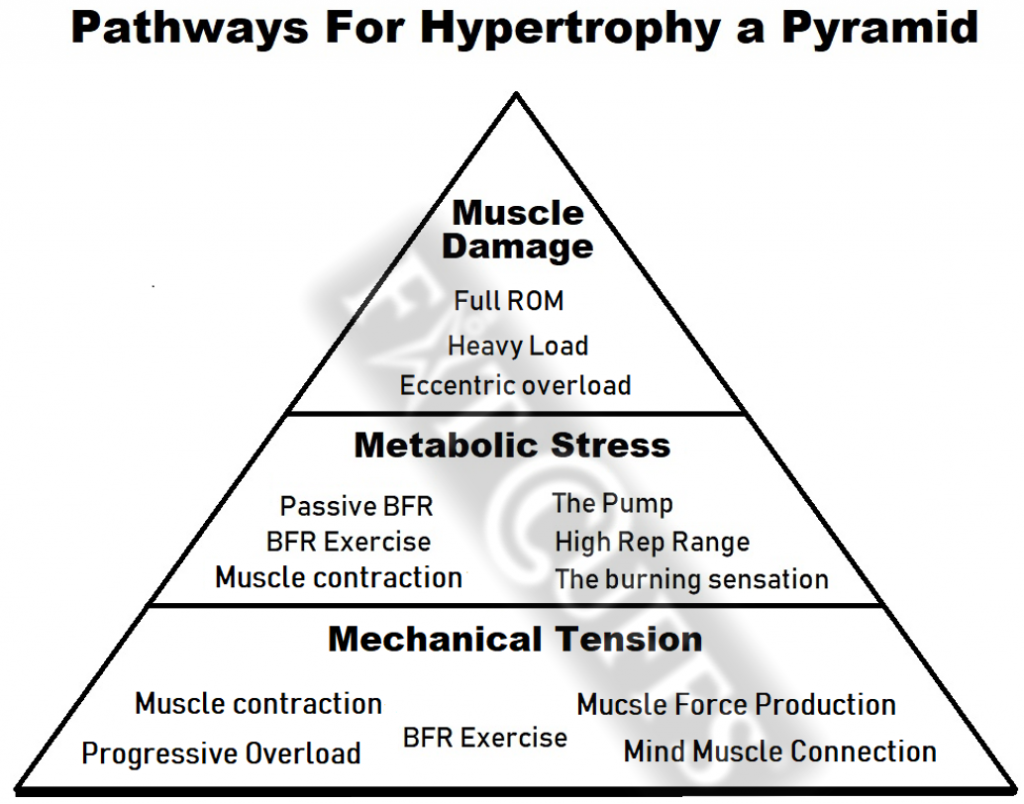 The different pathways for muscle growth (hypertrophy) is shown in this simplified model, with the most important factors at the bottom. An explanation of why BFR is so effective eliciting hypertrophy is that 2 out of 3 pathways can be identified.

In summary there are evidence for occlusion training has both advantages and less disadvantages!

BFR has many positive effects: 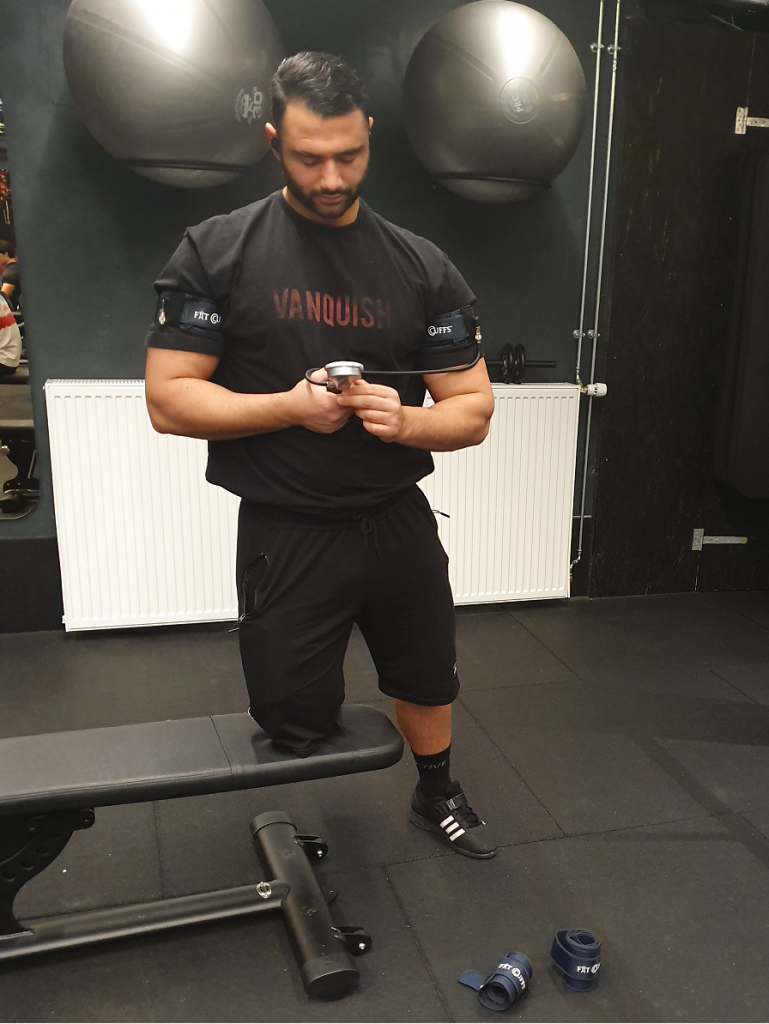 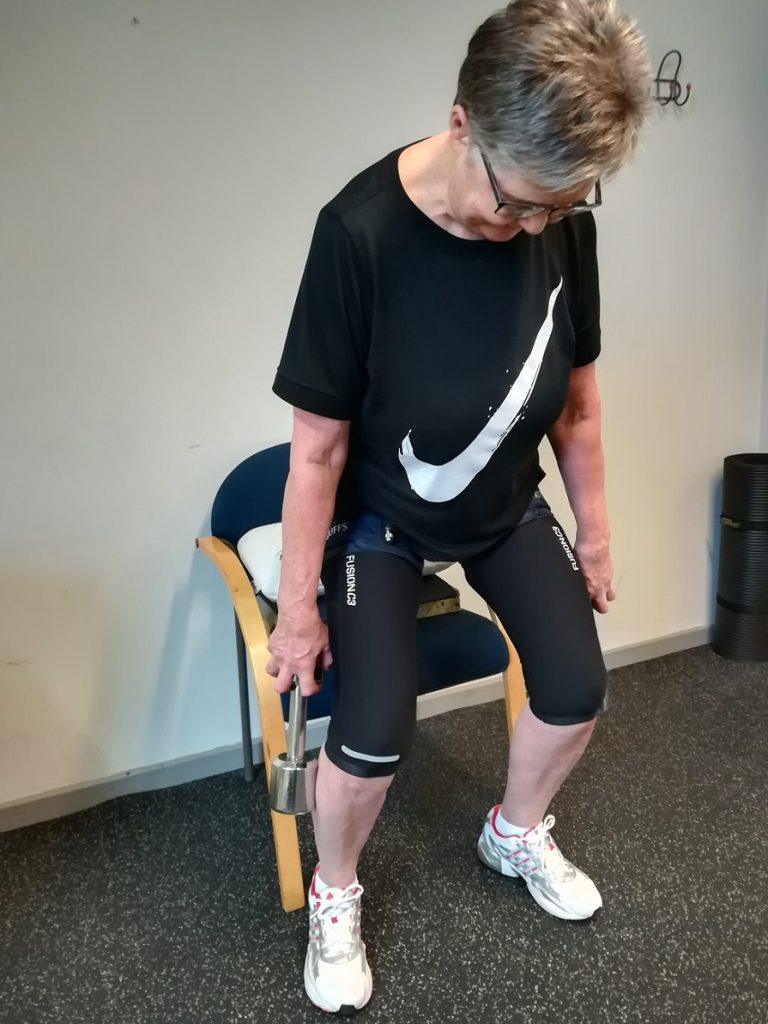 BFR can be relevant for the top athlete to the seniors!

The partial restriction of blood flow in combination with muscles contractions creates a short-term edema (cell swelling) around the muscle cells which limits the supply of oxygen and nutrients so that metabolites accumulates (Cayot et al., 2014). This initiates a cascade of physiologic process, like the increase of growth hormone secretion, as approximately 2-3 fold greater compared to conventional resistance training. But also the increased activation of muscle satellite cells, about two fold larger than than conventional resistance training. This upregulates the net protein synthesis.(Yasuda et al., 2014; Segal et al., 2010; Roos and Lohmander 2003). Check also the Blog post from September 17, 2020. 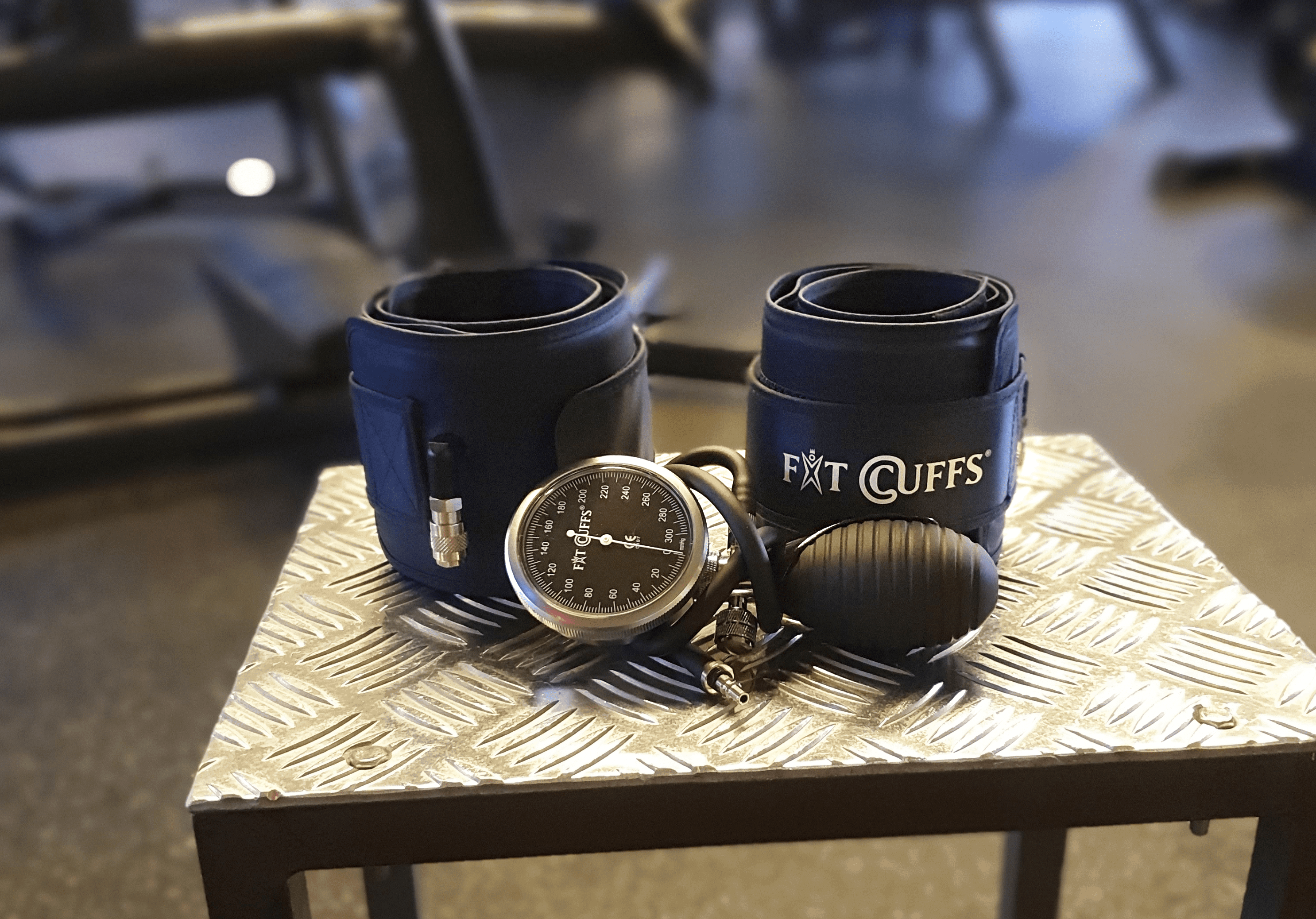 These processes are further described in the scientific literature, especially by the leading researcher in the field of Associate Professor Jeremy P. Loenneke as he is attributed to a large part of the accumulated knowledge. For the past 10 years, he has published scientific articles on the underlying mechanisms and effects of occlusion training or Blood Flow Restriction.
Overall there are published more than 300 scientific studies across all continents, which demonstrates the effect of occlusion training. 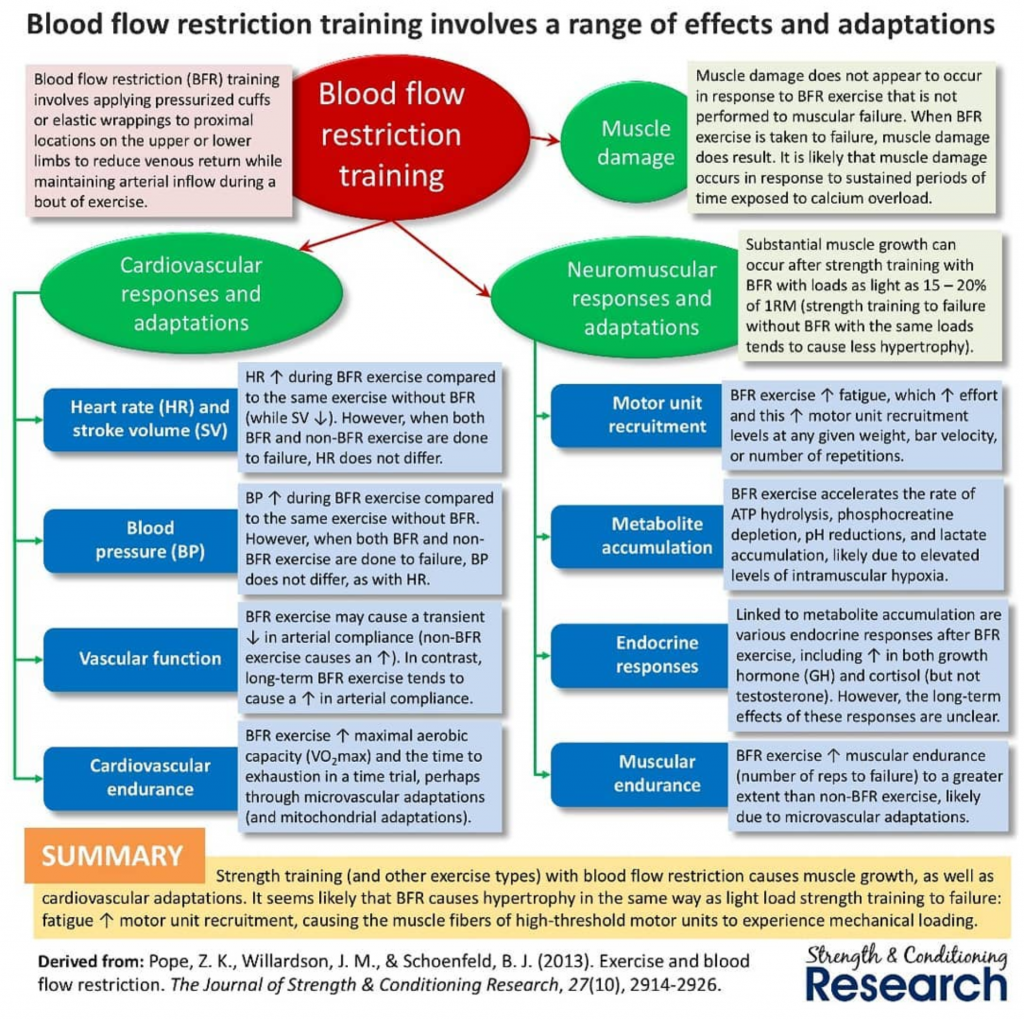 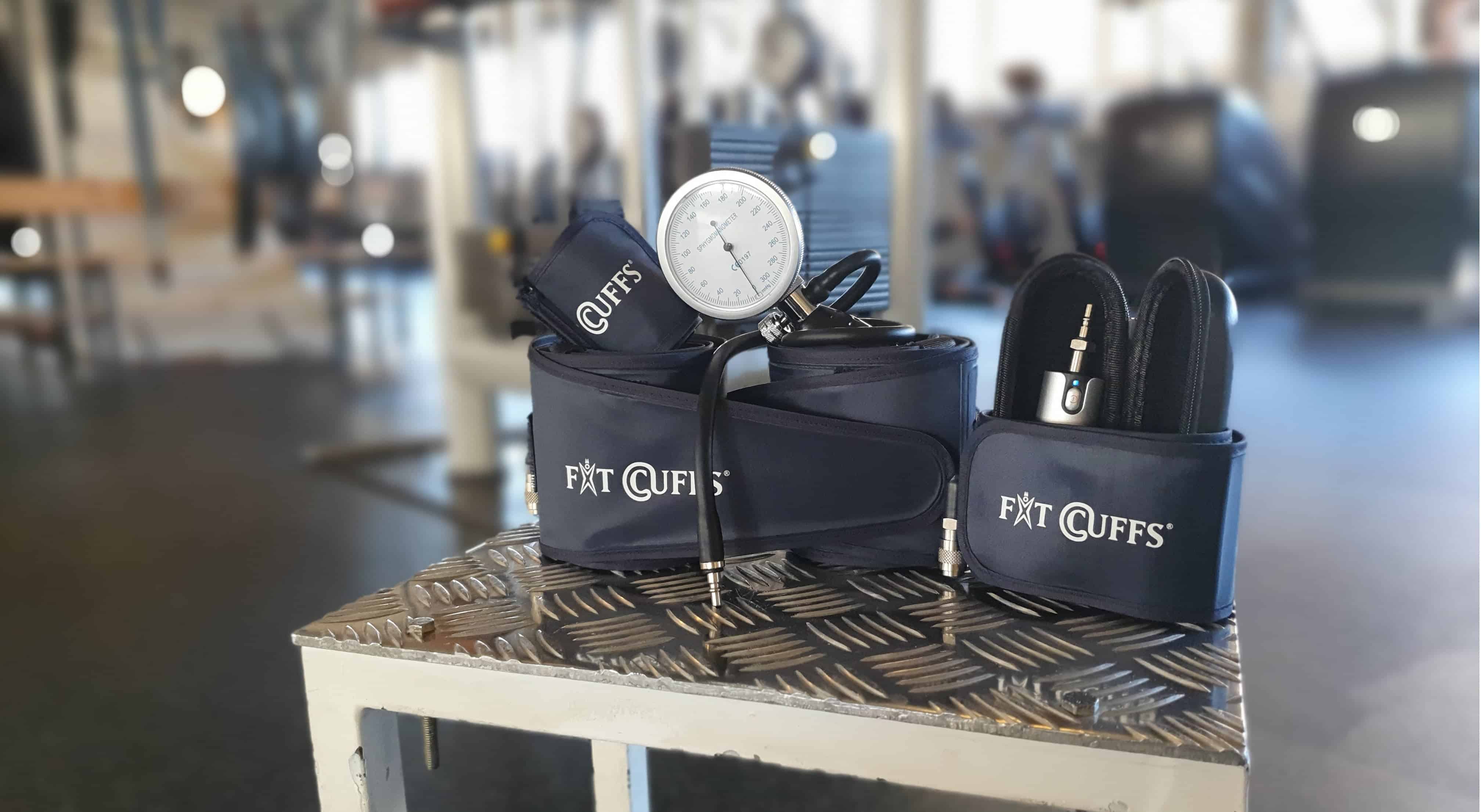